In 2006, a group of scientists in a small research lab in the corner of Seattle Children’s Hospital asked Sellen’s leadership team to take a chance on them.

Now, 10 years later, that “chance” has grown into a local and globally focused organization that leads the way in research of preterm births and stillbirths, which are the leading causes of death and disability for children under age 5.

Prematurity and stillbirth are often not discussed, despite their significant impact and cost to families and communities. In turn, this prevents the understanding of maternal and infant mortality issues, and hampers the ability to improve and save lives. From its inception, GAPPS has worked with groups such as Stillborn Still Loved, a Seattle Children’s hospital guild, to overcome the stigma and increase awareness of this issue, family by family. Several of its ongoing programs have also contributed to opening up discussion of this important topic.

“We know so little about this fundamental mother and baby relationship. We are learning that small changes, even on a molecular level, can have an effect on whether a woman carries her pregnancy to term,” said Dr. Craig Rubens, co-founder of the GAPPS program. “It is a broad field that has global implications in terms of the ability to save lives. Collecting data, taking a systems biology approach, and providing comfort for families all contribute to raising awareness.”

Growing a Partnership
Dr. Rubens, a leader in the field for more than 30 years, originally met with Sellen leadership in 2006 to discuss this new research project. An executive team toured the research lab to learn more. Sellen decided to fund the program, pledging a five-year, unrestricted gift to support ongoing development.

“We liked the mission of the program and were very impressed with the folks running it,” said Scott Redman, Sellen’s president. “We appreciated the value this work would bring to the community, as well as the proposed collaborative approach to growth.”

GAPPS founders chose to take an innovative and integrated approach to their work. By placing collaboration at the center of the program’s mission, they have been able to share resources and extend their reach, gathering vital research from around the world. Dr. Rubens also credits the unrestricted Sellen support that came early in the program.

“We were essentially a startup with Seattle Children’s,” Dr. Rubens said. “Many people don’t realize the impact these kinds of gifts can have both locally and globally — philanthropy can serve as the seed for new science and attracting new scientists to the field.”

What’s Next?
GAPPS became an independent non-profit organization this summer. With continued support from Seattle Children’s, the founding board is working on groundbreaking worldwide projects, such as the GAPPS Repository, Every Preemie and Preventing Preterm Birth, while it continues to build dynamic partnerships that will increase the resources needed to save the lives of more women and children worldwide. This year also marks the launch of Healthy Pregnancy 2030, a multi-organization initiative that aims to cut the number of preterm births globally in half by 2030.

“Thanks in part to Sellen’s strong, early support, we are thrilled to be celebrating a decade of helping improve and save lives on a global scale,” said Dr. Jim Litch, acting executive director of GAPPS. “There is so much more work to do. Please join us.” 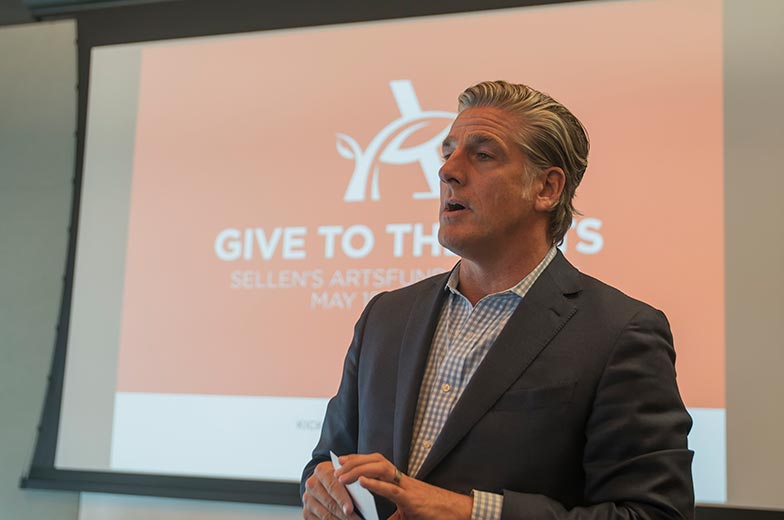